In 2001 the League of Friends of QVM Hospital and the Friends of Danesbury amalgamated to form the present Friends. Both organisations date back for more than 50 years.

Today Danesbury and Queen Victoria Memorial Hospital provide some of the best care in the country for patients who may have a variety of conditions such as Stroke, MS, Parkinson’s Disease, Motor Neurone Disease or who simply need rehabilitation following a stay in an acute hospital.

When a new hospital was needed to replace the original Danesbury Home, the Friends stepped in and offered to provide help in funding a new, purpose-built hospital. The Danesbury Appeal secured almost £1 million towards the cost of the building work which was completed in 1993.

In December 2010 we celebrated the opening of a new Day Room at Danesbury, now a Neurological Centre. At a cost of around £190,000 this major project was funded entirely by donations and money raised by our shops. The first in the heart of Old Welwyn village was opened in 1992. A second shop, which has now closed, occupied a prime position in Knebworth high street. 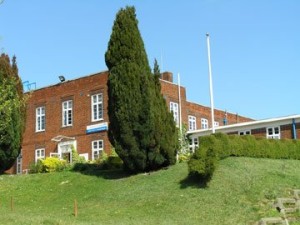